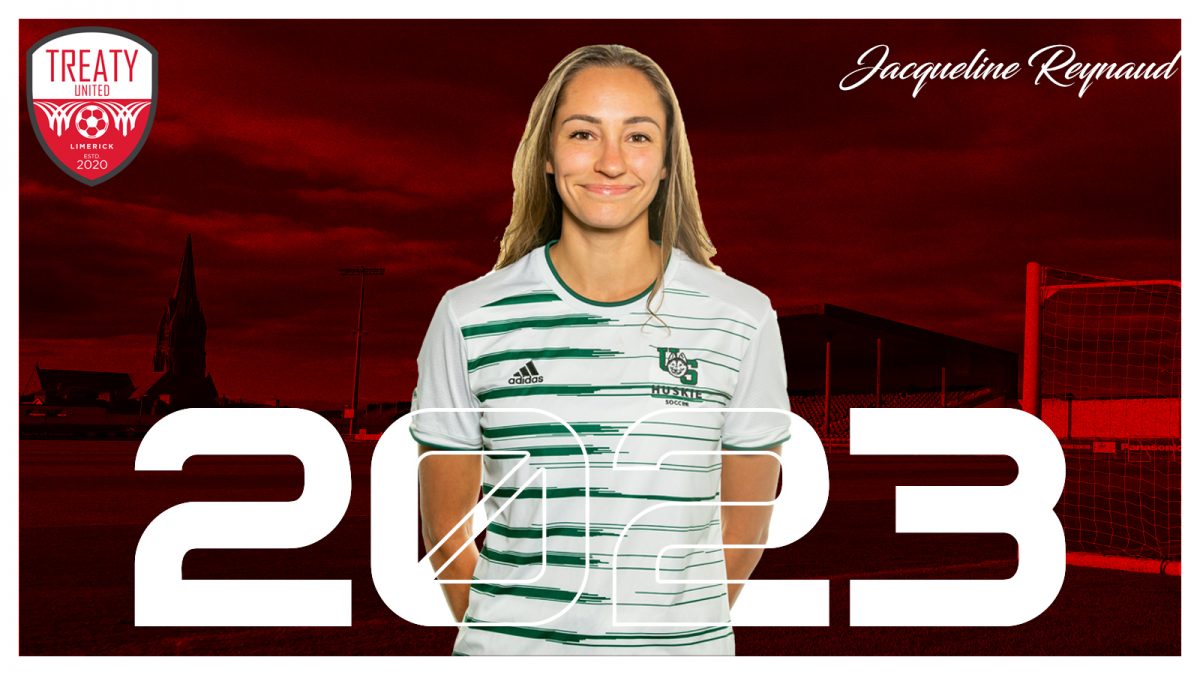 Treaty United are delighted to announce the signing of Canadian defender Jacqueline Reynaud for the 2023 Women’s Premier Division season.

Jacqueline becomes the 18th member of the Treaty United squad ahead of their opening game against Bohemians on March 4th at the Markets Field.

Jacqueline joins the club having spent time playing with the University of Saskatchewan Huskies where she was big part of the team recording 18 appearances over the last two seasons.

The Treaty United media team spoke to Jacqueline who was excited about joining the club and linking up with her new team-mates:

“I’m excited to continue playing the sport that I love at a high level and enhancing my tactical learning under new and experienced mentorship. I’m grateful for the opportunity and I think I will bring lots of composure and simplicity to the backline. I’m excited to meet the rest of the team and start training in preparation for the season ahead!”

Meanwhile, new Senior Women’s manager Alban Hysa was happy to have a player of Jacqueline’s quality signed up as the new season looms:

“We are delighted to have a player of Jacqueline’s calibre joining our team. We are looking forward to working with Jacqueline this season.”