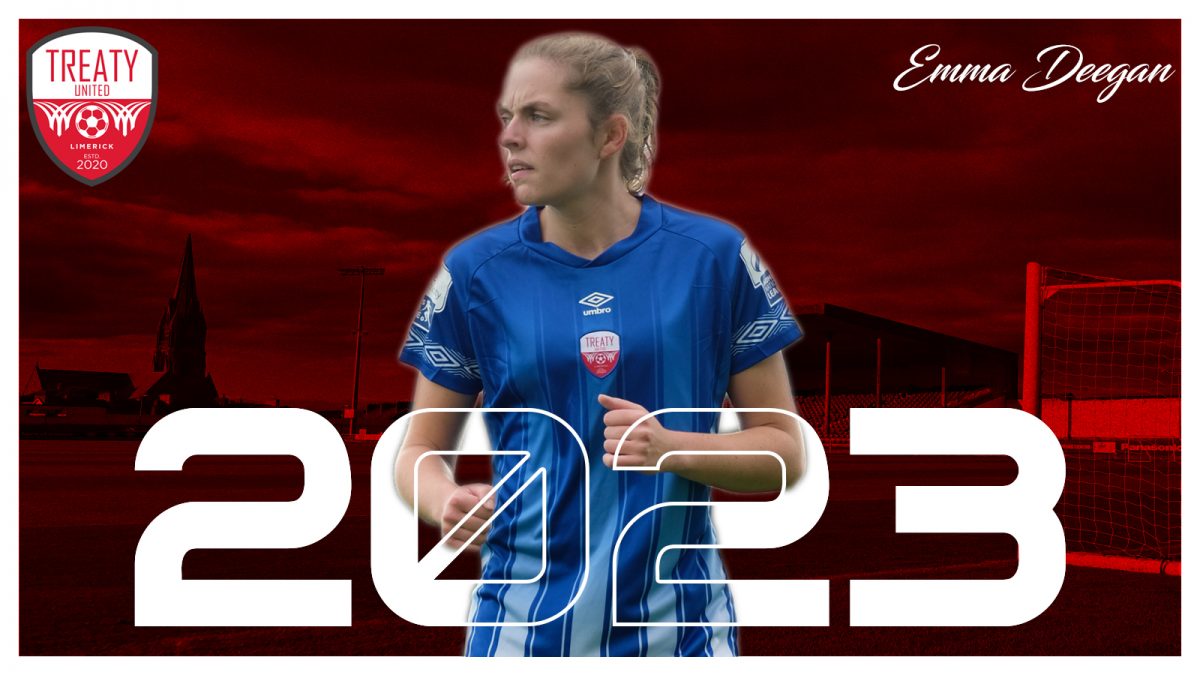 Treaty United are delighted to announce that Emma Deegan has re-signed for the 2023 Women’s Premier Division season.

Emma enters her second season with Treaty United having joined prior to the start of last season.

A Clare native, Emma was almost ever-present for Treaty in 2022 as she made 22 appearances in the left-back position.

We spoke with Emma after committing to the club and she was thrilled about being back for a second season:

“I’m delighted to be re-signing with Treaty United for the 2023 season. I’m really looking forward to another exciting year with Treaty in the Women’s Premier Division.”