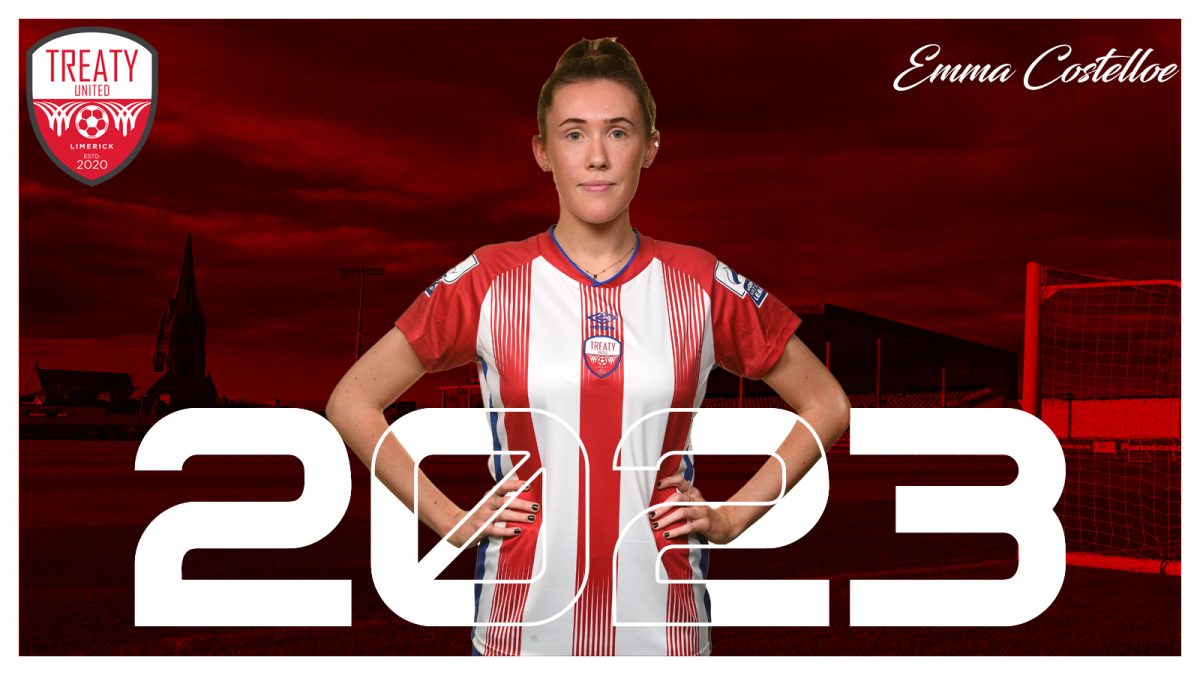 Treaty United are delighted to announce that Emma Costelloe has re-signed for the 2023 Women’s Premier Division season.

Emma enters her third season with the club having joined the side back in 2021.

A former Mungret Regional schoolgirl, Emma has made 18 appearances since making her debut away to Bohemians in March 2021. Her shining moment saw her score a screamer away to Peamount United in March of last year.

New manager Alban Hysa was happy to have re-signed Emma as the 15th member of his squad when he spoke to the Treaty United media team:

“It is great to have Emma back at the club this year. I’m looking forward to working with her as the season comes closer and closer.”