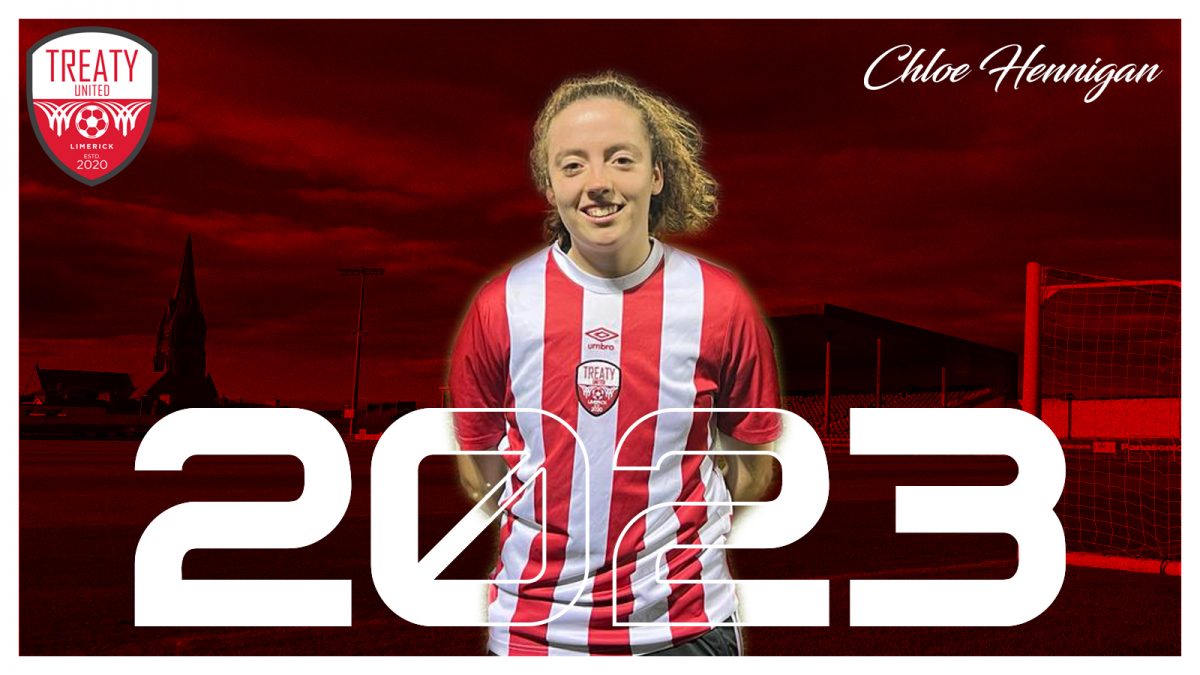 Treaty United are delighted to announce the signing of Chloe Hennigan for the 2023 Women’s Premier Division season.

Chloe joins the club having spent the second half of the 2022 season with Athlone Town. Prior to this she spent the 2021 season as a member of the CK United under-19 squad. Chloe previously played in London with the Tottenham Hotspur academy.

Speaking about the signing, Alban was glad to have Chloe signed up for what promises to be an exciting 2023 season for Treaty United:

“We are delighted to have signed Chloe for the following season.”