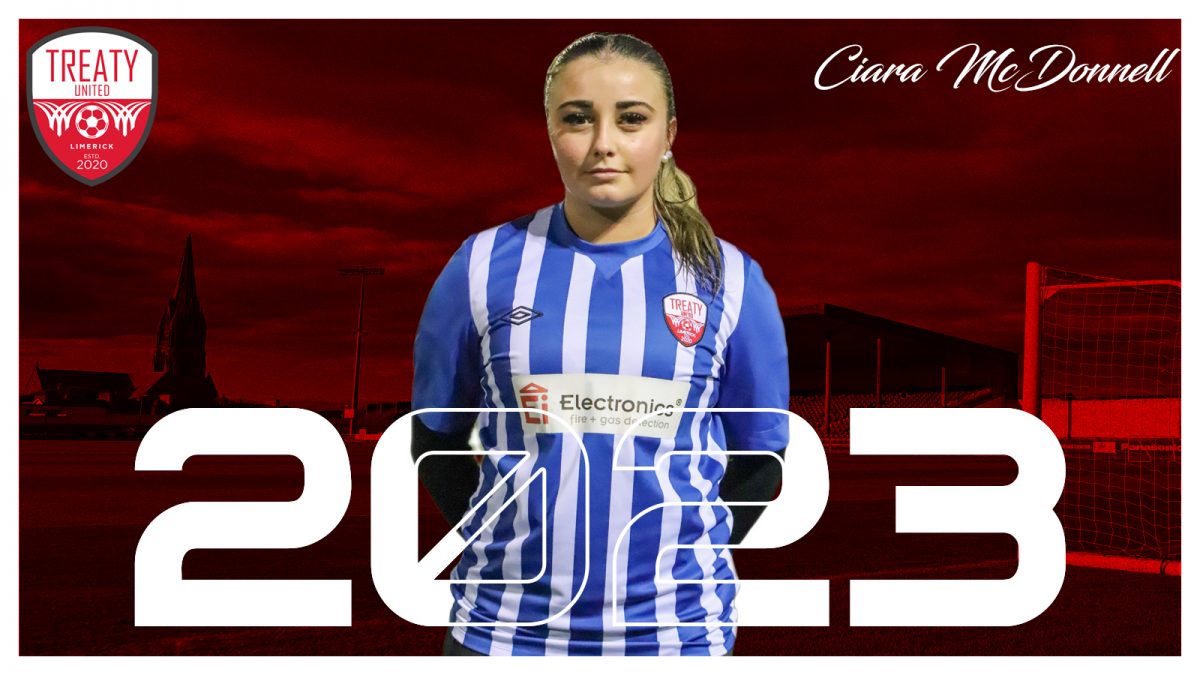 Treaty United are delighted to announce the signing of goalkeeper Ciara McDonnell for the forthcoming 2023 Women’s Premier Division season.

Ciara joins the club having plied her trade at underage level with Greystones United and Bray Wanderers at under-17 and under-19 levels respectively.

Manager Alban Hysa was happy to have signed a prospect like Ciara when he spoke to the Treaty United media team:

“We are delighted to have secured the signing of Ciara, she is a goalkeeper with great potential. I’m really looking forward to getting to work with her as we prepare for the new season.”