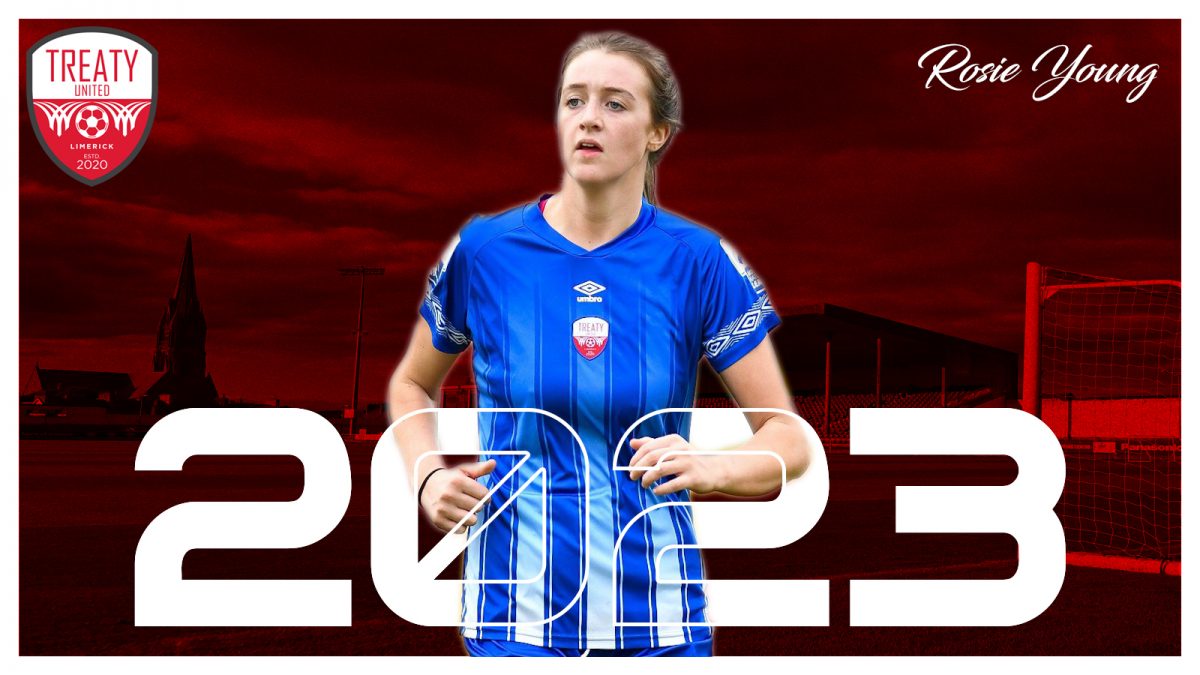 Treaty United are thrilled to announce that Rosie Young has re-signed for the 2023 Women’s Premier Division season.

A native of Sixmilebridge in Clare, Rosie was a member of the first Treaty United squad back in 2020 before departing to the USA where she plied her trade with Blinn College.

Rosie returned to the club in September of 2022 making five appearances towards the tail-end of the season and is now all set to be a part of new manager Alban Hysa’s first squad.

The Treaty United media team caught up with Rosie upon her re-signing and she said:

“I’m really excited to be back with Treaty United and I’m looking forward to seeing what we can bring in the new season.”