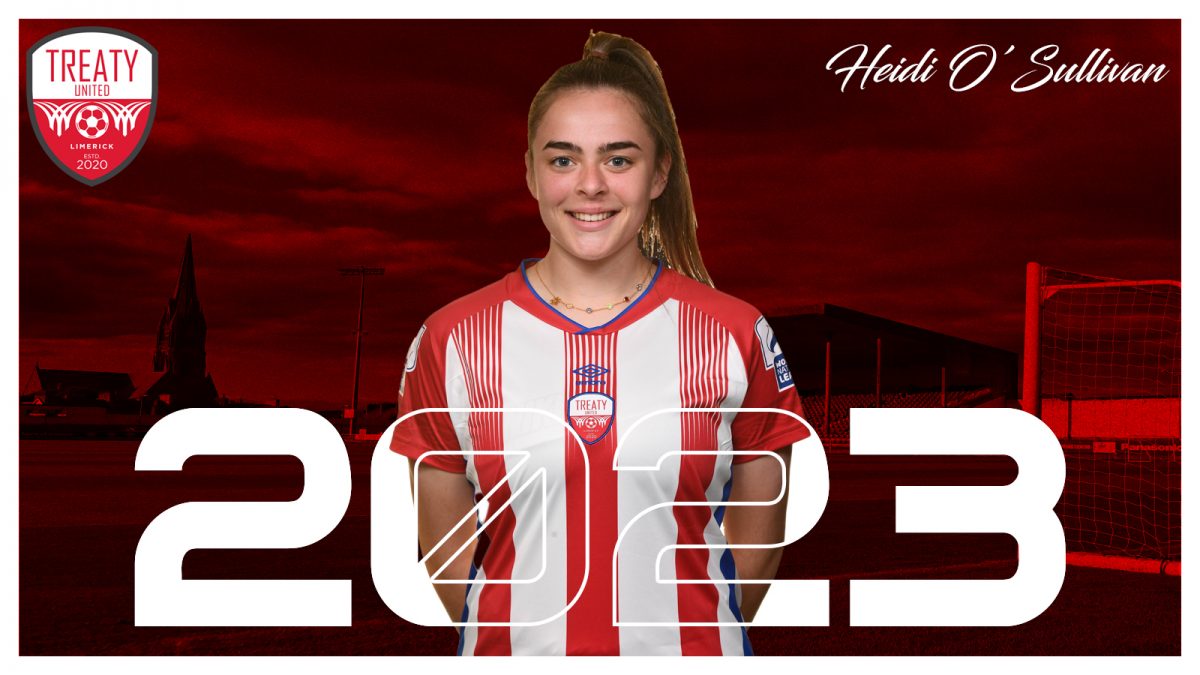 Treaty United are delighted to announce that Heidi O’Sullivan has re-signed for the 2023 Women’s Premier Division season.

Heidi enters her second season of senior football having scored once in 2022 before having her season prematurely ended by injury.

The former Lakewood schoolgirl was a member of the Treaty United under-17 side that won the league title in 2021 and grabbed 14 goals on the way to the title.

New manager Alban Hysa was delighted to have Heidi signed up when we spoke to him:

“We are delighted that a player of Heidi’s calibre has decided to re-sign for Treaty. She is a versatile player with a fantastic ability to score goals. We have great hopes for Heidi this season.”