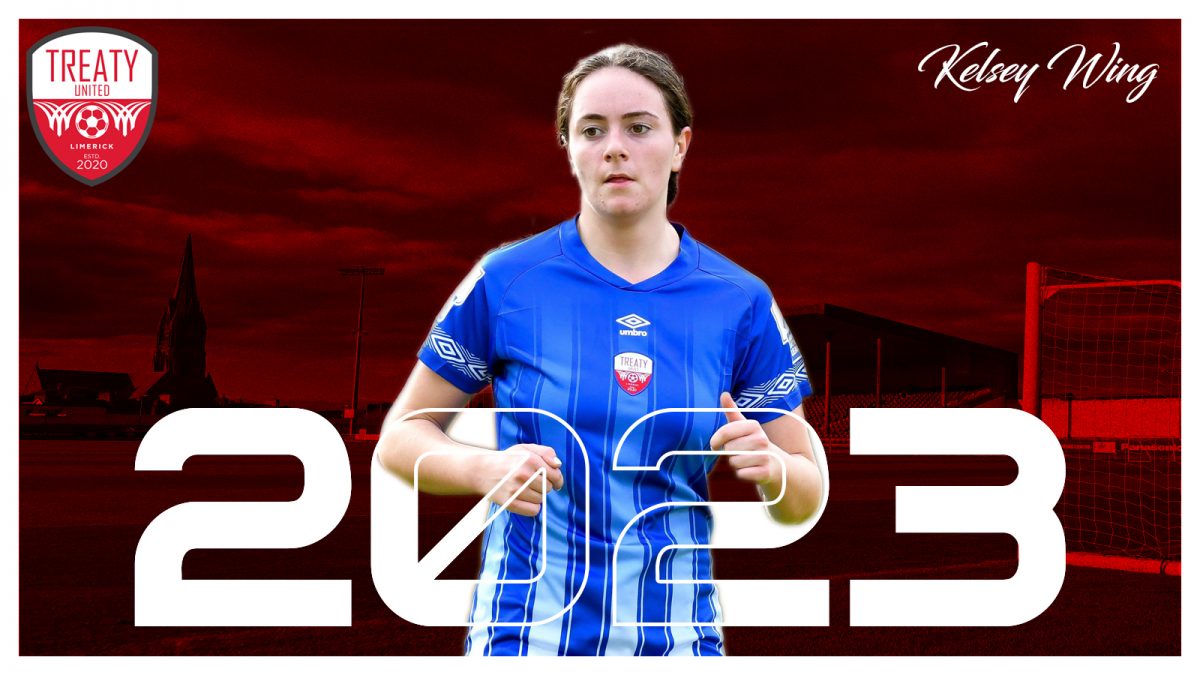 Treaty United are pleased to announce that Kelsey Wing has re-signed for the 2023 Women’s Premier Division season.

A member of the 2021 WU17 League winning side, Kelsey made her senior debut on the opening day of the 2022 season against DLR Waves. Despite a spell on the sideline with injury, Kelsey made 17 appearances last season and put in some impressive performances in midfield.

Speaking to the Treaty United Media team about her re-signing, Kelsey was optimistic about the 2023 season:

“New season, new possibilities! I’m excited for what could be in 2023.”