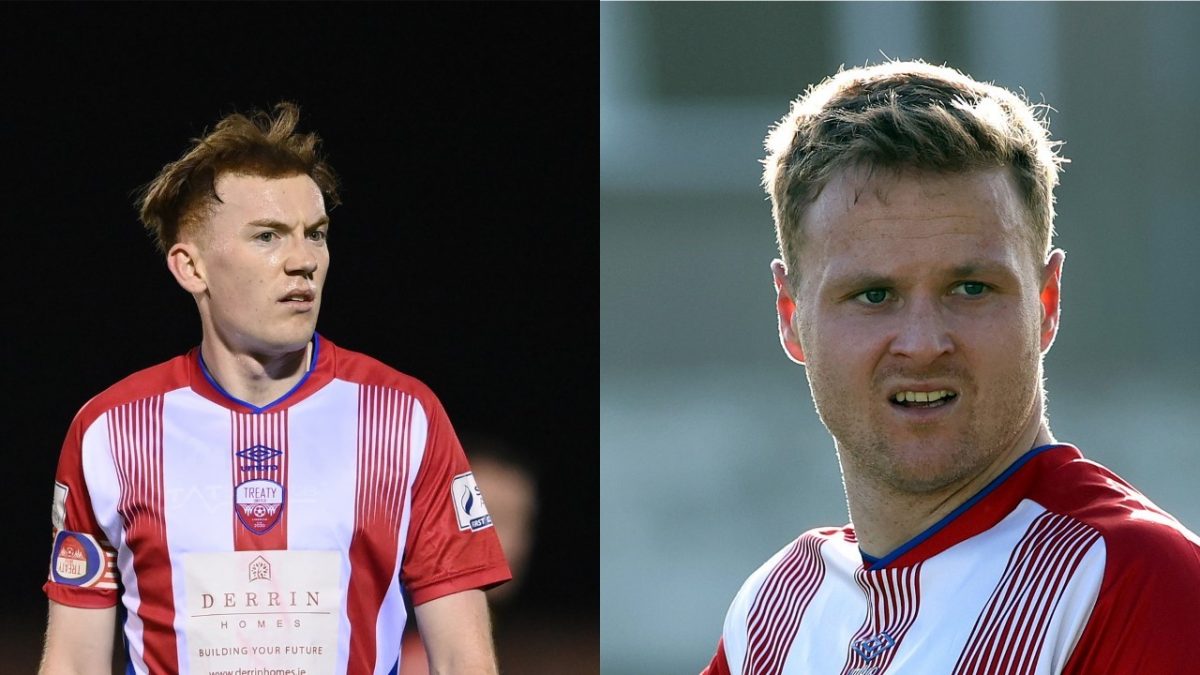 Treaty United can confirm that Senior Men’s players Jack Lynch and Joe Collins have both left the club with both set to emigrate from the country.

Jack Lynch signed for Treaty United from Galway United as a member of the original 26-man squad in 2021. Jack was made the first ever captain of the club’s senior men’s side, going on to make 49 appearances with seven goals and three assists. Of those seven goals, Jack’s strike from the halfway line at home to Athlone Town on June 17th of this year saw him pick up the SSE Airtricity League Goal of the Month award. Jack was also joint-recipient of the Treaty United Fans’ player of the month award for July 2021.

Jack Lynch released a statement on his personal twitter:

Like Jack, Joe Collins signed for the club from Galway United at the beginning of the 2021 season. Joe made 44 appearances which included two assists and scoring one memorable goal that saw Treaty United defeat Cork City at Turners Cross in July of 2021.

In the aftermath of Treaty United’s playoff second leg, Tommy Barrett paid tribute to both players when speaking to Limerick’s Live 95FM:

“We’d like to wish the boys that are leaving [the best of luck], the likes of Jack Lynch is going off travelling, he’s going to Australia. He’s been an excellent captain, local lad, he’s been fantastic for two seasons. As I said, I thought he was brilliant there tonight. Joe Collins is going off as well, he’s going off to Barcelona. Joe has been fantastic the last two seasons. He was brilliant tonight, Joe is a great lad and first and foremost they’re lovely people, both gentlemen.”

Treaty United would like to thank both players for their contributions to the club and wish them well on their travels and future ventures.